We have an ongoing Q&A series. The way it works is that you get to ask us anything. We’ll respond to the first comment in the next blog post in the series.

[symple_box color=”gray” text_align=”left” width=”100%” float=”none”]So, if you’re interested in choosing a camera, keep reading. OR, if you don’t really care about it (which is perfectly understandable!), jump to the bottom of the post and claim your spot as the first question in the comments. You can ask us about anything that strikes YOUR fancy.[/symple_box] 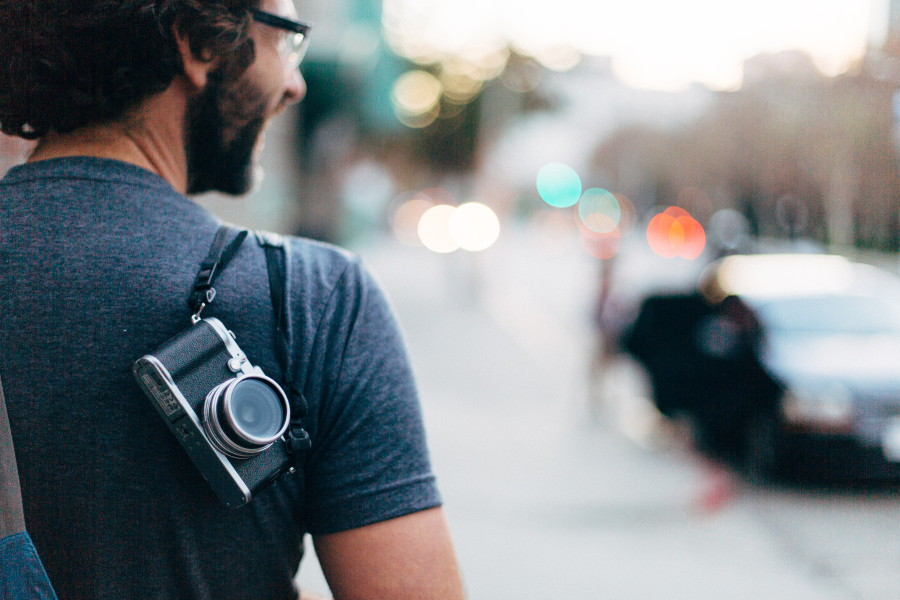 Last week Lacy asked about choosing a camera, specifically a new DSLR (Digital Single Lens Reflex; for those not familiar with the language, these are the kind of cameras used by professionals that have removable lenses). Here’s what she wrote:

“I have a question! I’d like to get an SLR after not having one for a few years, and I could use some recommendations. I already have a Canon lens, so would prefer a Canon body to go with it. I’d like something where I can play around in manual and that also can do video (it seems like most do these days), but I don’t really need anything fancier than that, probably. Just something for higher quality pictures and videos of daily life. What would you suggest getting, and where should I get it? I don’t mind used if it’s in good shape. Also, what lenses would you suggest having? The one we held onto is for a low aperture (I think?). I don’t remember the specifics or official terms, but I think you know what I mean.”

This is a great question!

I would recommend taking a look at Canon’s current DSLR line and then think about your budget. All of the newer Canon (and other brand) DSLR’s have video capabilities. They all have similar controls. The variation that you will see from model to model will be in the details: sensor size, resolution, how many shutter clicks it can do per second, etc.

Figure out how much you’d like to invest, and then plan to only spend 1/3 of it on your camera body.

Put most of your money into good lenses.

Let’s say that you’re an audiophile. You LOVE good high quality sound and want a new system for your house. You decide to shell out for the nicest stereo you can afford. You go out and get the top of the line model in your brand of choice.

On your way home you stop by the Goodwill and buy a beat-up set of speakers from the 70’s. They weren’t that nice to begin with, but they’re speakers and you need something for your new stereo.

You hook them up to your brand new deck and now you have a system.

How do you think your new deck would sound? Probably mediocre, at best— assuming the speakers actually function.

This is what happens all too often in the camera world. We spend all our money on getting the latest and greatest DSLR body and ignore the lens that is going on that body.

Buy the best body you can buy for 1/3 of your budget. Then put the other 2/3s into prime lenses.

A prime lens is a lens that does not zoom (also called fixed focal length). The reason that you want lenses that do NOT zoom is so that you can have a wider aperture. The aperture is what controls how much light your lens lets into the sensor. The wider open it goes, the more light it lets is. You want a wide aperture for 2 reasons:
1) you can shoot in darker situations
2) it allows you to take photos where less is in focus and the background will be out of focus.

Take a look at the image above and you will see these pretty round blurred out street lights in the distance over the subject’s shoulder. This image was shot with a 50mm lens wide open. With this particular lens, wide open is f/1.4. With a “kit” zoom lens (the one that usually comes with a camera body) the widest aperture is likely around f/5. In camera speak, there’s a huge difference between f/1.4 and f/5. I’ll have to explain why another time 😉

All of this is to say, prime lenses are going to give you a more “professional” look and perform better in low light than zoom lenses. 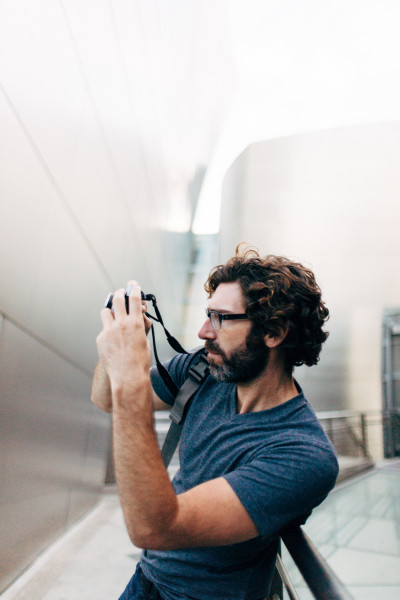 Everyone should have a 50mm prime.

I have had a great experience buying used from reputable dealers. The three I’ve used before are:

I have purchased off of ebay and craigslist before, but it’s always a gamble.

Finally, if you were open to considering a non-DSLR, I would suggest that you sell whatever lens you have and buy a Fujifilm X100S. It’s smaller, lighter, less obtrusive, has nice styling, and offers great manual control. A lot of my photographer friends use them for personal work.

I’d love to answer any follow up questions on this material or on choosing a camera.

[symple_box color=”gray” text_align=”left” width=”100%” float=”none”]Let’s keep the Q&A series going. Ask us a question about anything (see the introductory series post for ideas) and we’ll answer it on the next post in the series.[/symple_box]